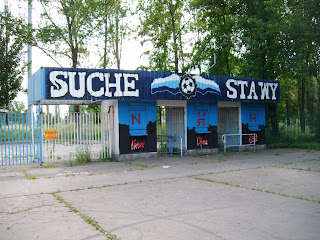 On Sunday 12th June I flew from Edinburgh to Kraków for my work for the second time in two weeks. I had not expected to return to Poland as quickly as that but I was not complaining also because it gave me the chance to see one ground in Kraków I had not visited a fortnight ago. Stadion Suche Stawy is the home of Hutnik Kraków, currently playing in League IV, the fifth tier of the Polish league pyramid. In the 1990s however they spent seven seasons in the top flight. In 1996 Hutnik finished the season in third place and qualified for the UEFA Cup. After getting through two qualifying rounds they were eliminated in the first round proper by AS Monaco.

I had not visisted Suche Stawy the last time I was in Poland because the ground is about six or seven miles away from the city centre and really too far too walk. I therefore took the number 15 tram from the city centre which dropped me off right outside the stadium. I saw that one of the gates was open but unfortunately I was not able to access the stadium properly because there was another fence in place.
Various sources on the internet give two different figures for the capacity of Suche Stawy: the English Wikipedia entry says 12,000 and the Polish one gives a figure of 6,000. I suspect the current capacity is 6,000 and the larger figure is the capacity as it was a few years ago as it looks like terraces have been converted to all-seater stands fairly recently.

Both Wisła and Cracovia have played home games at Suche Stawy recently whilst their own grounds were being redeveloped. The Polish national team also played two friendlies in this stadium: in 1980 they beat Algeria 1-0 and in 1994 they proved too strong for Hungary (3-2).

Edit 08/11/11: Fabio Capello's England squad will use Stadion Such Stawy as their training ground during Euro 2012. 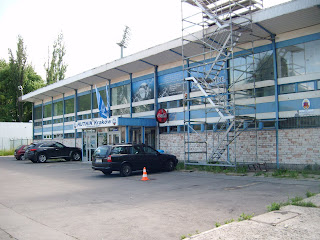 The facade of the east stand. 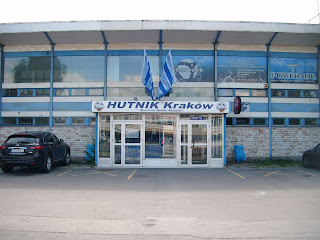 A closer look at the main entrance. 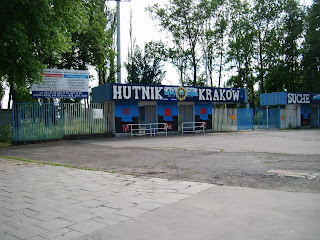 The gates at the northern end of the ground. 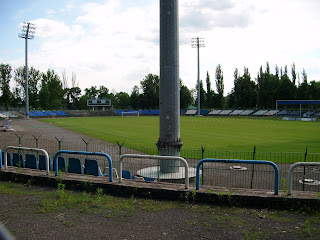 Looking towards the south stand. 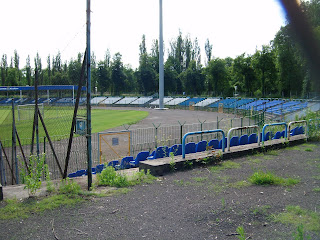 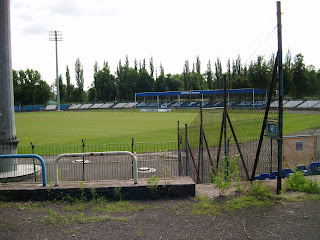 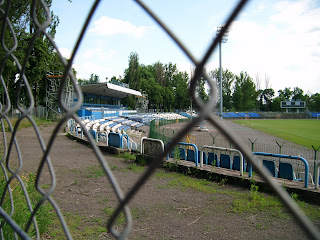