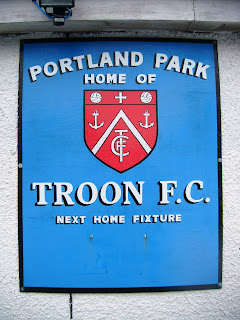 Last Saturday I made the 30-minute train journey from Paisley to Troon in South Ayrshire to pay my first visit to Portland Park, home of Troon FC. It is a very short walk from the local railway station to the football ground, it will not take you much longer than five minutes. You can see Portland Park on your right hand side just before you roll into Troon station if you are travelling from the Glasgow direction.
Troon play in the Ayrshire District League, a third tier division in the West Region Juniors set-up. Last week's game was a second round Junior Cup game against representatives from the East Region. Lochore Welfare hail from Crosshill in Fife and ply their trade in the East Region Central Division, which is also a third tier division.
Portland Park is a nice and welcoming Junior ground with a social club and a covered enclosure. There are a few holes in the enclosure's roof but I was kept fairly dry despite the rain that was lasing down for some time during the match. As I had had a fairly late breakfast at home I was not in the mood for trying any of the pies on sale so I cannot comment on the food on offer this time. No programme was issued on Saturday.
The game itself was entertaining although it became fairly one-sided in the second half. Jonathan Baillie opened the score for the home side after 20 minutes. Ten minutes later Troon scored their second but Lochore Welfare's Alan McDonough scored five minutes before the interval.

In the second half the rain got worse and the wind got stronger which was definitely in the home side's favour. Within the the first ten minutes of the second period Troon doubled their goal tally. Lochore could count themselves lucky that the Ayrshire forwards were very wasteful in front of Lochore's goal and 4-1 was the final score.
I am planning to see another Junior Cup tie in Ayrshire tomorrow. Kilbirnie Ladeside will be favourites against Livingston North at Valefield Park. 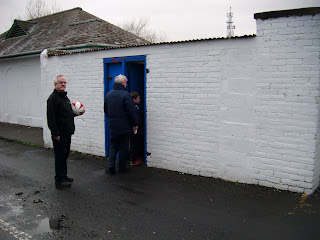 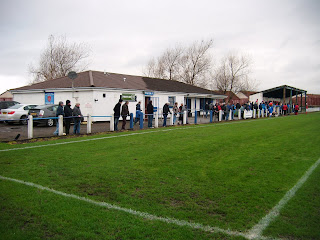 The pavilion and enclosure 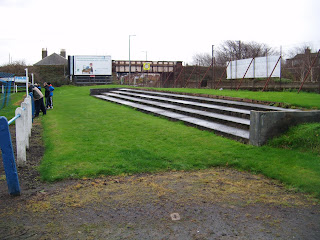 A small terrace in the south end. 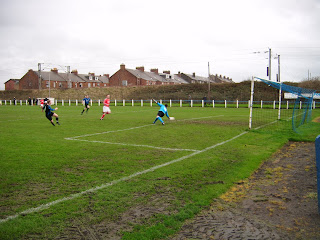 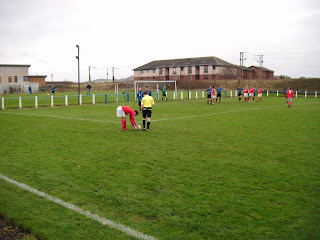 Lochore Welfare are about to take a free kick 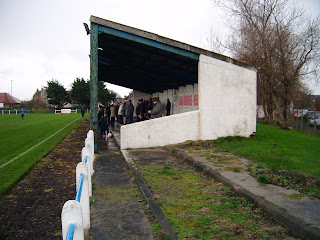 A closer look at the enclosure 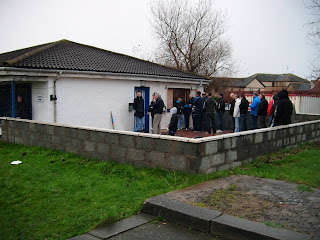 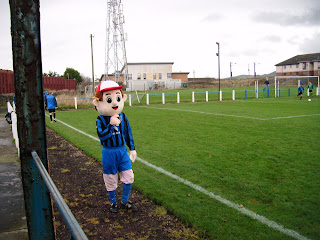 Mascots are rare in the Juniors but they have one at Portland Park. I hear you thinking: 'Is that a good thing?' 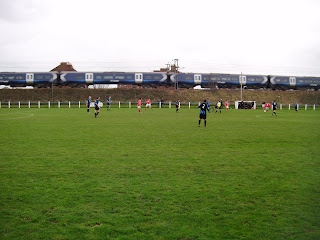 Troon's home ground can be easily spotted from the train 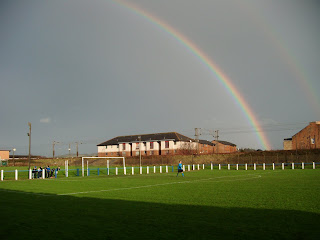