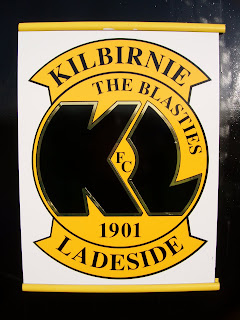 Another weekend, another Emirates Junior Cup round two match. All it takes is a bit of wind or a prolonged rain shower for a junior game to be called off. The many postponements in the juniors can be frustrating for clubs and fans but it gives me the chance to see a few matches at this stage of the competion.

Last Saturday I went to Valefield Park to see West Region Super League Premier Division team Kilbirnie Ladeside take on Livingston United, a side playing in the East Region South Division, which is a third-tier league. Kilbirnie have struggled in the league so far this season, losing seven of their first nine matches but they started as favourites nevertheless.

I got on my train at Paisley Gilmour Street and got off at Glengarnock station twenty minutes later. From this station it is a ten-minute walk to Kilbirnie's home ground. Valefield is a well looked after junior ground with two enclosures next to each other on one side and a small terrace on the other side. There is also terracing behind both goals. You can buy refreshments at the pie hut or the small licensed bar, selling drinks at the usual affordable Junior prices (I had a bottle of Miller at £1.50). I was disappointed there was no programme issued however. The weather was pretty good for November, slightly chilly but dry and sunny.

Despite the Blasties' poor league form they were much too strong for the West Lothian side, as expected. It only took seven minutes for Kilbirnie to open the scoring as Mark Seagrave's shot went in. Mathew Mclean made it 2-0 only five minutes later. When Stevie Miller converted a penalty five minutes (YouTube clip) before the half-time whistle the tie looked already over.

The home team had a good second half as well but it took them almost 30 minutes to score again as McLean added a second to his tally. Roberts scored a consolation goal for the visitors seven minutes before time.

Tomorrow I will travel to Ayrshire once more for my third Junior Cup round two match this season and it will be an all-Ayrshire affair this time: Saltcoats Victoria are taking on Darvel Juniors. There is a forecast of heavy rain for tonight but hopefully this game will not be postponed for a third time. 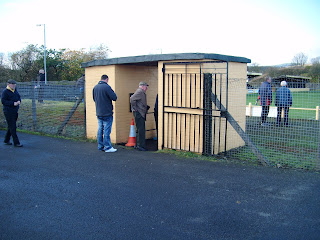 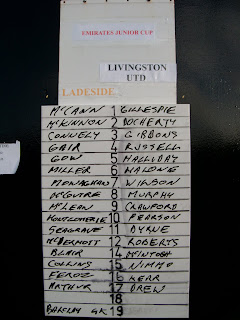 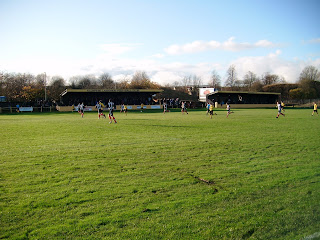 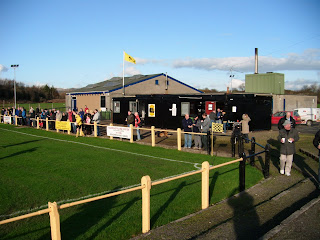 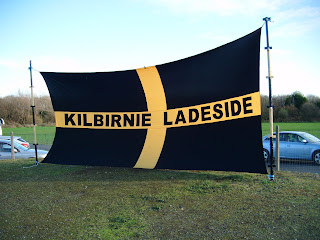 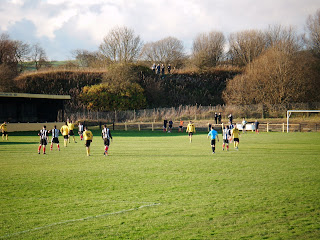 Quote from the Non-League Scotland website: 'The cheapskate supporter can find many ways of viewing games here for free, either by standing on the large hill that overlooks Valefield or by looking through the mesh fence that surrounds three sides of the ground.' 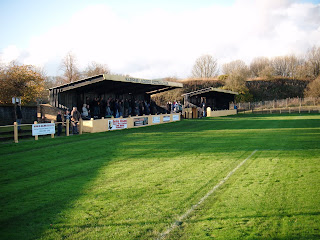 A closer look at the enclosures 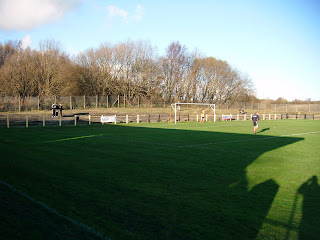 The terrace in the north end 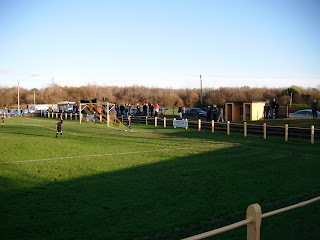 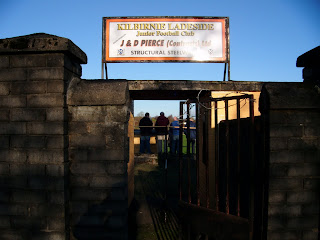