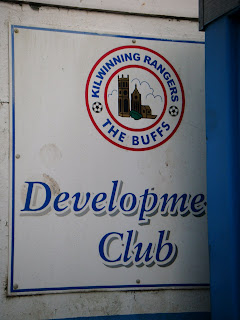 When I found out that the Saltcoats Vics v Darvel match was abandoned I decided to take the train from Saltocats to nearby Kilwinning for the Kilwinning Rangers v Lugar Boswell Thistle league match. After a fifteen-minute walk I arrived at Abbey Park in time for the second half of the West Region Ayrshire District League match between the Buffs and the Jaggy Bunnets.

Kilwininning Rangers, founded in 1899, have won the Junior Cup twice, in 1909 and 1999. They were runners-up in 1910 and 1922. They won the West Region Superleague Premier Division as recent as 2004 but they have been relegated to the third tier since. The Buffs' opponents on 12th November were founded as early as 1878 as Lugar Boswell but have never won the Junior Cup, although they were runners-up in 1956.

When I arrived at Abbey Park Kilwining were already 2-1 up but Lugar appeared the stronger side at times. Although the visitors had goalscorer Krist Stewart sent off after a second booking a draw still seemed possible. Stuart Hannah's goal in the dying minutes ensured three points in the bag for the homeside although the fans did not seem impressed with the hard-fought win. 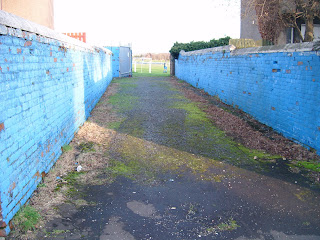 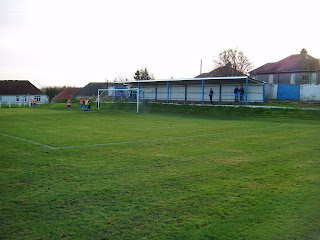 The enclosure in the west end of the ground. 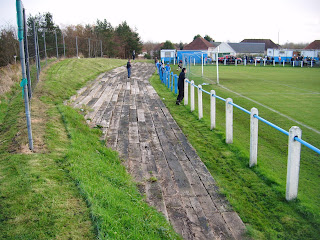 The north side terrace. These railway sleepers are lethal when wet! 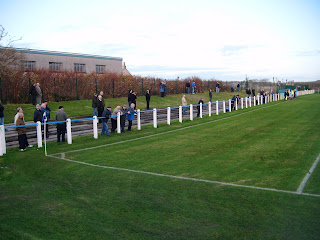 Another look at the north side terrace 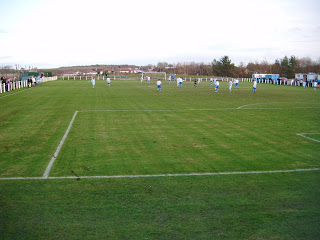 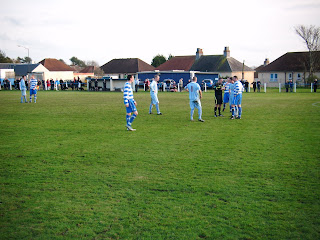 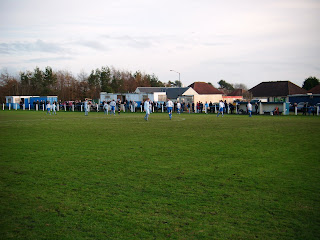 The club buildings do not look too impressive 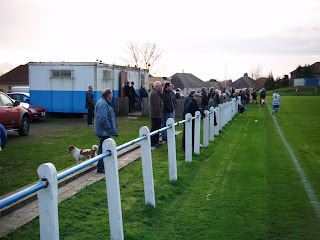 A closer look at the south side of the park